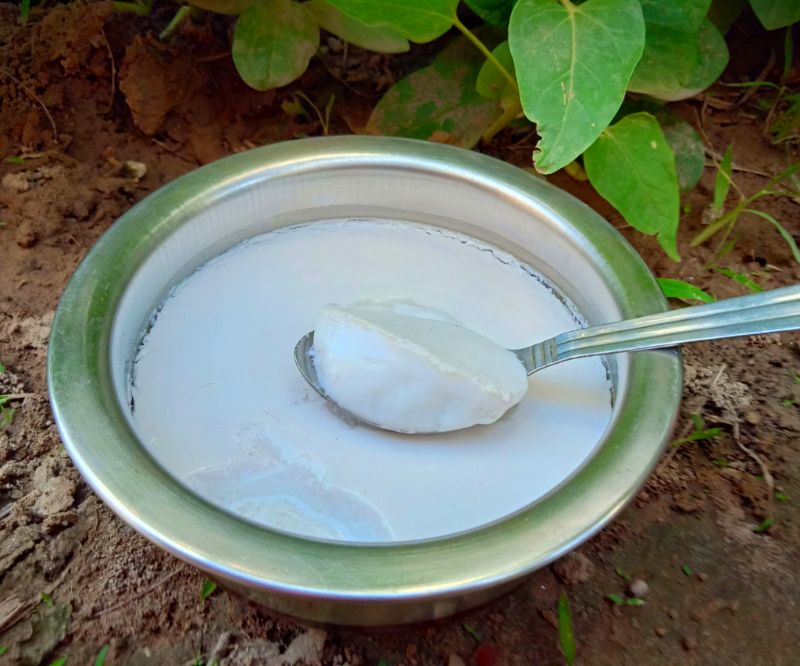 I’m visiting my hometown after a while. “We are having idli for dinner tonight,” announces dad.

“IDLI?! Really?? OMG thank you so much!” I shriek in delight, “where’s the batter? Show me the batter?!”

Dad looks at me with a surprised look, “I had NO idea you love idli so much!”

“The batter, dad, the batter! That’s what I’m so excited about! I need that to make curd!!”

My parents exchange knowing glances. Their “vegan” daughter is up to yet another weird food experiment.

A few years ago, I was going through a Facebook thread where people were discussing plant-based curds. Comments by a lady called Sneha Rajurkar caught my eye—she stated that we could use the water used for soaking moong dal as a vegan curd starter. She also said that idli/dosa batter could be used for the same. I was intrigued! I tried the moong dal method and found success! Check it out here. I also wanted to try using idli/dosa batter but dropped the idea as I don’t make idli/dosa in my own kitchen. Now that my parents had idli batter I could try this one as well! I shared this idea with my dad and he suggested that I make a “starter liquid” with the batter instead of using it as it is as he felt that the batter might change the flavor or texture of the curd being set. So here goes 🙂

Pictured above is peanut-rice curd set with this starter liquid.

Superb!! Will surely try it Namrata. I did use Sneha’s method of moong dal water with good success.