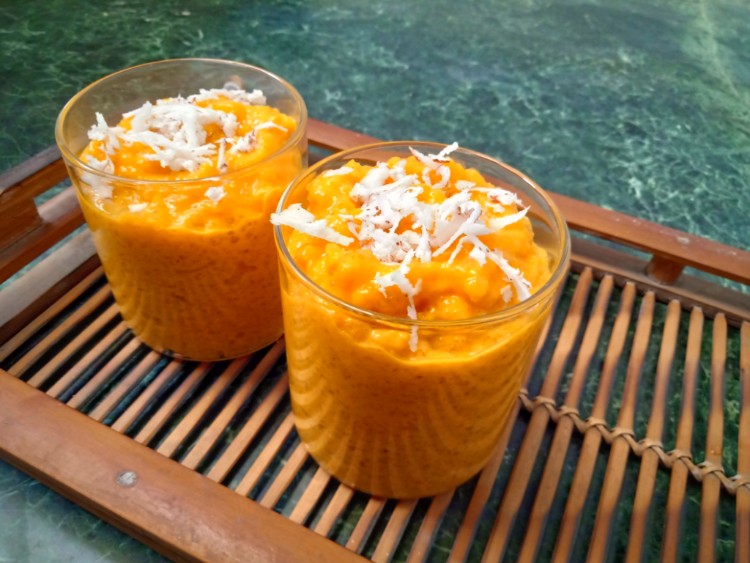 This is an easy, healthy, and tasty mango “pudding” I often make! However, it never crossed my mind to share this on my blog. Recently, I shared a recipe for Mango Chia Pudding on my FB account and my friend Renu Singh commented that she made a similar pudding with kateera gond. And that inspired me to share this “raw pudding” recipe as well 🙂

Kateera gond (known as tragacanth gum in English) is a natural gum obtained from the dried sap of certain species of Middle Eastern legumes. The edible gum is water-soluble and has thickening and emulsifying properties. It’s widely consumed in the northern parts of India during the summers owing to its cooling properties. Mixing soaked kateera gond with cold milk (coconut milk and almond milk are the best in my opinion) and Rooh Afza is one of the most popular ways of enjoying it! 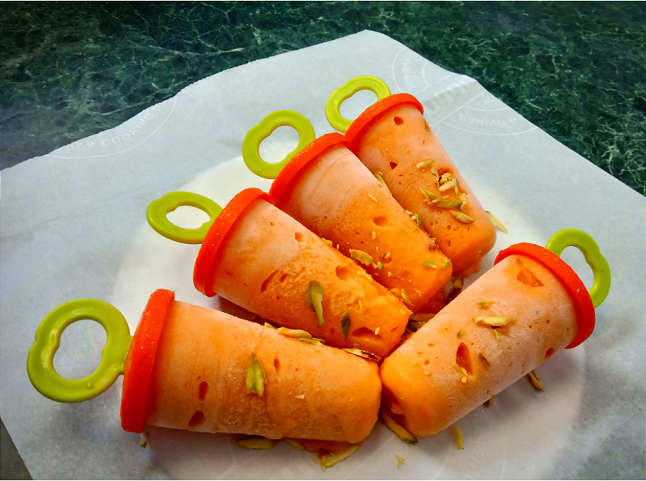 Disclaimer: The recipe is nut-free; I sprinkled a few pistachio slivers on the popsicles just for decoration.

Generally, I use cashews as the base for my homemade vegan kulfis. However, I wanted to make a nut-free version for those who are allergic and decided to use thick coconut milk in this one.

Since we are not adding any nuts or additional sugar to these fruit-based popsicles, do expect some ice formation. But that’s perfectly ok, yeah? ‘Coz these popsicles are fully raw, low fat, nut-free, and have no added sugar–they’re just full of fruity goodness with a pinch of fragrant cardamom! And they’re so easy to whip up! Means you can make and enjoy as many batches as you want for as long as mangoes are in season 🙂 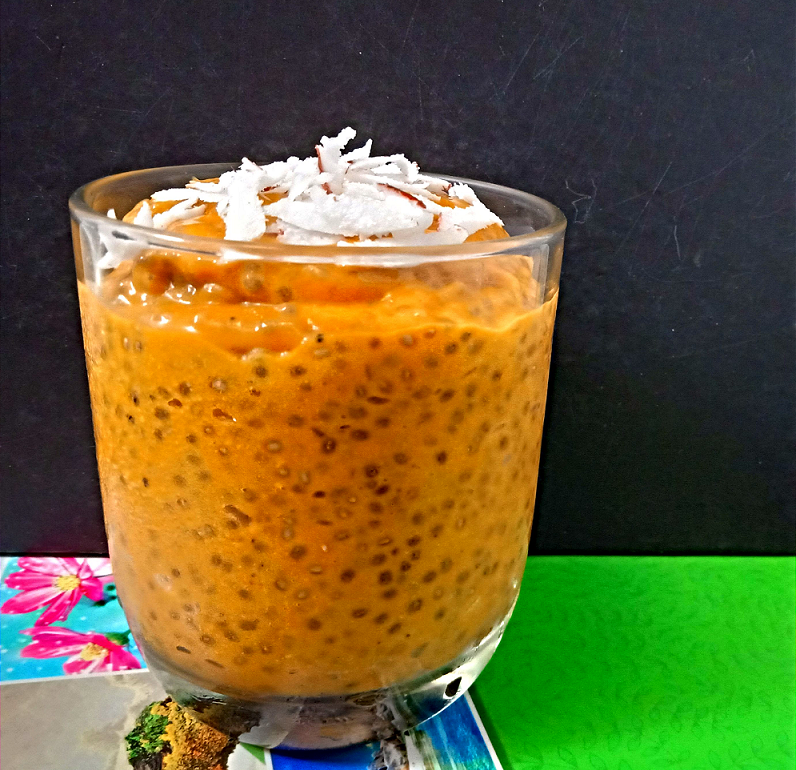 Looking for a simple, tasty, and healthy breakfast option that you can make in advance? Coconut-milk-based chia puddings tick all these boxes in addition to being gluten-free, nut-free, and soy-free in case you want to avoid any of these as well. Use sweet, ripe mangoes in season and you won’t have to add any other sweetener! Don’t forget the cardamom powder as it complements the rich, tropical flavor of the mangoes perfectly 🙂 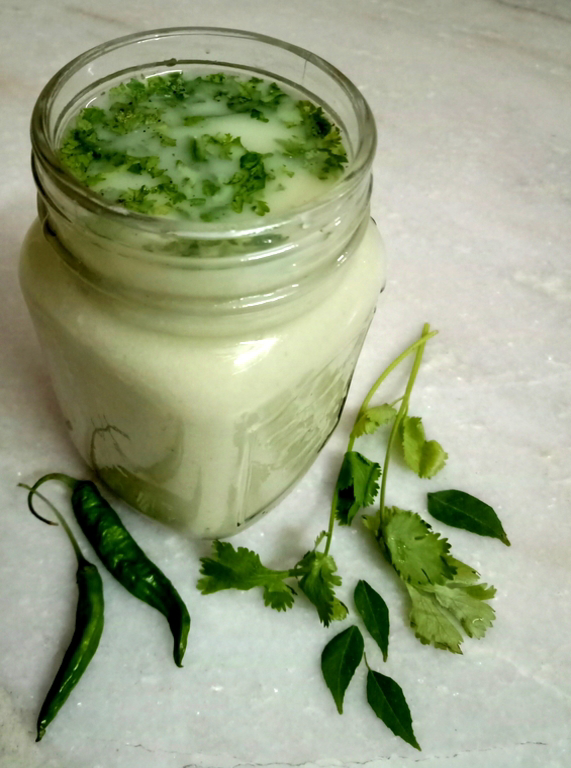 Masala chaach is pretty much a summer favorite in most Indian households across regions, and it’s not at all surprising that many miss gulping down glassfuls of this mildly spiced, refreshing, and hydrating drink on a hot day after going vegan.

But guess what? Vegan versions of chaach can be easily made at home! The most obvious way would be to substitute dairy curd with a non-dairy one in your regular chaach recipe, but what if you don’t have any non-dairy curd on hand? Still no worries, we’ve got you covered, read on 🙂 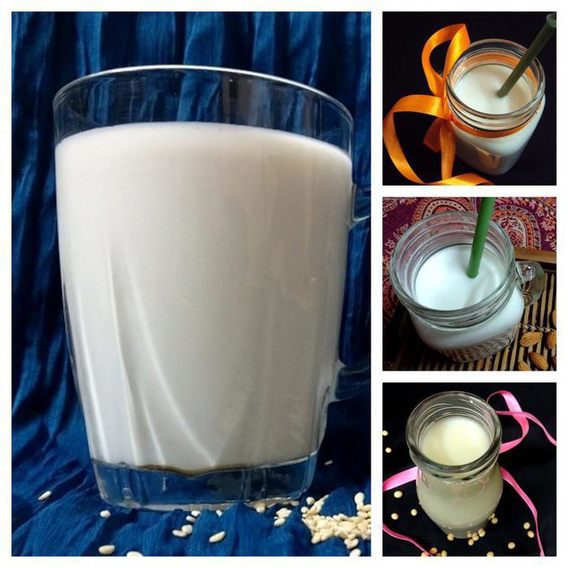 In India, one of the first questions people—especially “grown-ups”—ask on learning about veganism is, “Fer chai ka kya?” I was like that too! Even though I shifted to black tea when I stopped consuming dairy, I eventually learned that you could make delicious “regular” masala chai with cashew/almond/soy/coconut milk. Check out my non-vegan approved cashew milk tea here.

When it comes to non-dairy milks, there are numerous types we can make at home that can be used to substitute dairy milk in different recipes. 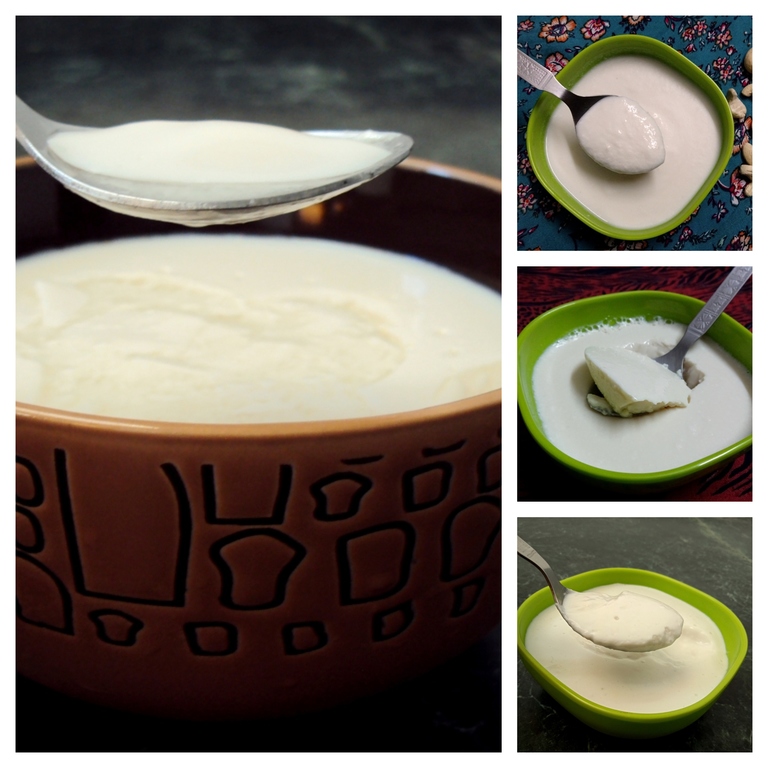 Start off with making a starter culture—choose any of these 5 types of vegan curd starters—and you’re ready to go ahead and make yourself a bowl of rich and creamy vegan curd that can be used in place of dairy curd in any recipe. 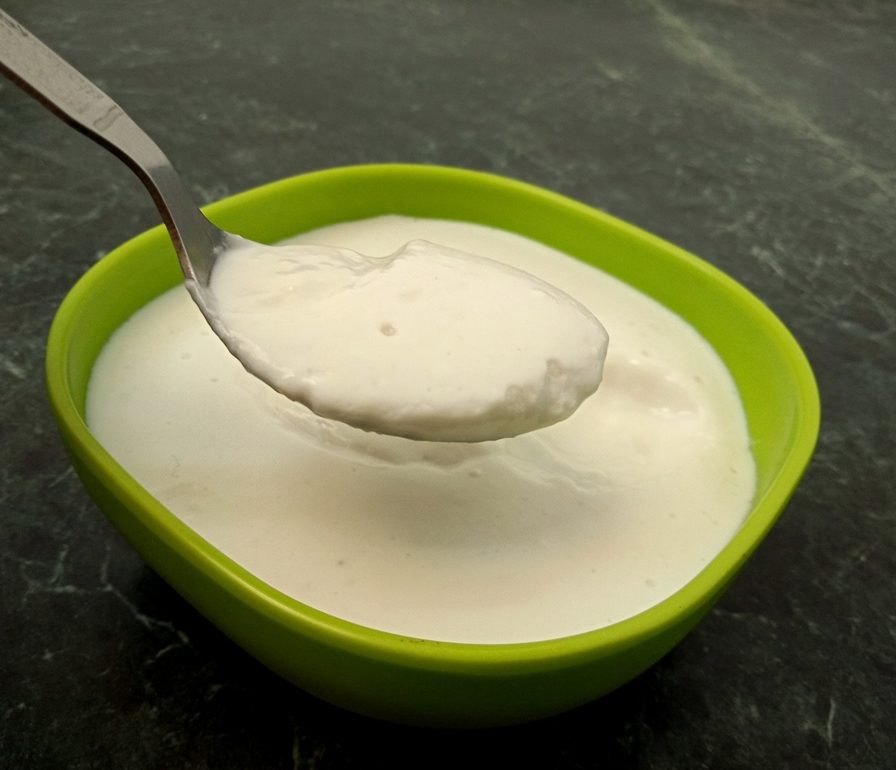 Today, 23 March, is International Atheists’ Day 🙂 A big shout-out to all of you awesome vegan atheists over there!

I am personally non-religious and identified as an atheist for a while. However, over a period of time, I started believing in “imaginary” and mythical creatures like God, angels, unicorns, and good men. I’m still pretty much allergic to organized religion and get a lot of flak for that from my family. 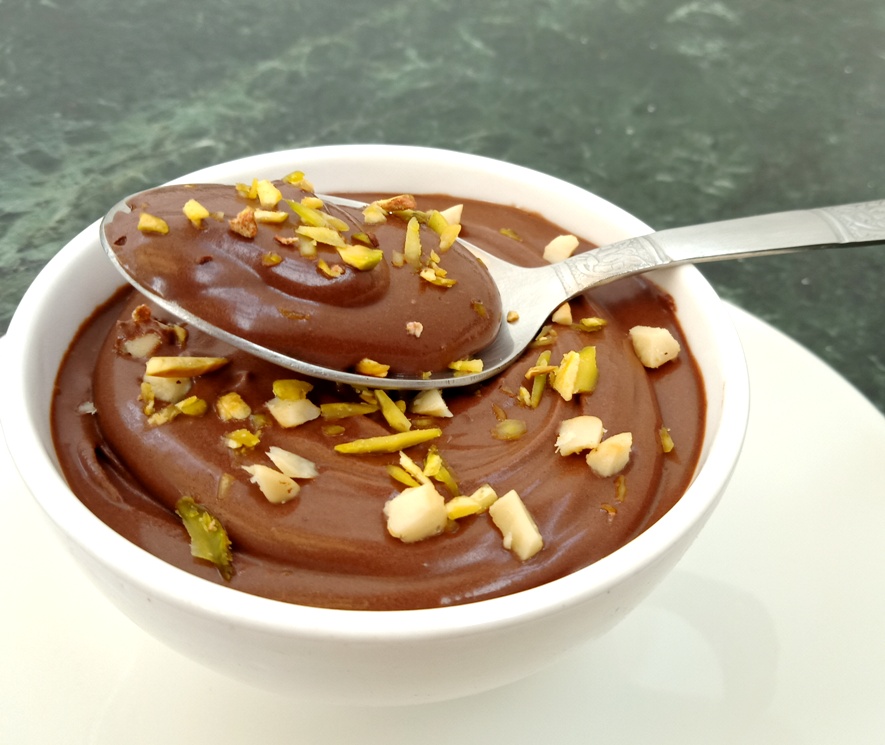 Several months ago, I registered my name for a cookery competition and asked for suggestions on what to make in a WhatsApp group dedicated to vegan cooking. One of my friends, Hema didi—a pro chef—suggested that I make brownie pops with ganache and sprinkles. I already knew how to make brownies. However, at the time, I had no idea what “ganache” was, but dutifully followed her instructions to make a silky smooth and intensely chocolatey topping I immediately fell in love with! Ultimately, I did not win the competition but had definitely found myself a keeper in the vegan ganache. Thank you, di 🙂

This ganache looks gorgeous, tastes lovely, and fools others into thinking you actually slogged for hours in the kitchen preparing this stuff (husshh…. secret: it’s super-easy to make!) 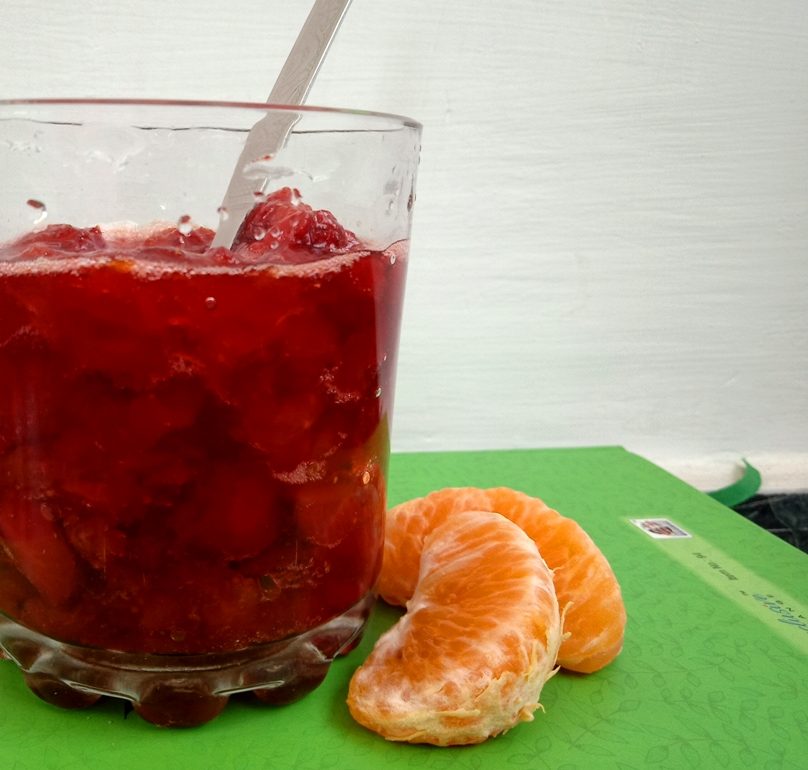 This citrusy strawberry sauce is a lovely option to liven up vegan desserts, especially chocolate or banana-flavored ones. It looks so pretty—chunks of tender stewed fruit suspended in a ruby-red syrupy base—and smells gorgeous too! Imagine the fresh, citrusy tones of orange mingling with the sweet, fruity aroma of strawberries! Yess! I kid you not; the entire kitchen smells heavenly while this sauce is cooking… Mmm 🙂 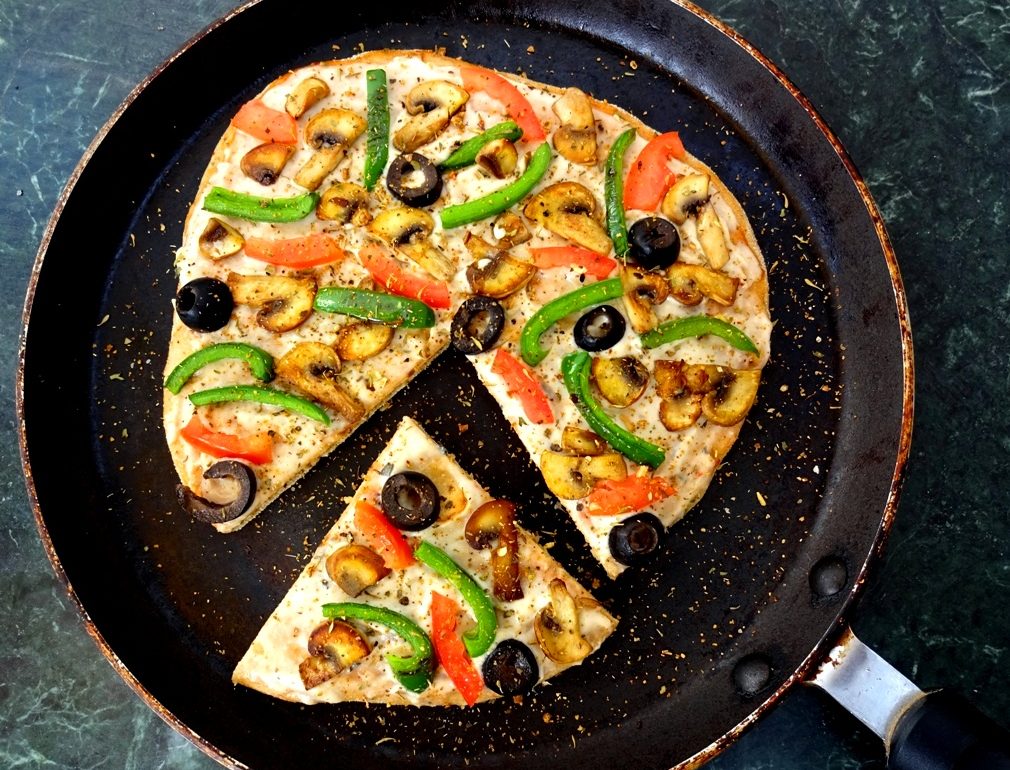 A scene at a vegan potluck I’m attending after a long while:

A cute, curly-haired young lady I just met: “Hey, so you have a blog, right?”

Me, confused, staring blankly at her: “Huhh… uh??”

“It’s called “donkey” something… no???” the girl persists, now with a tinge of uncertainty in her voice. She’s herself confused at my confusion.

The thing is, yes, I *do* have a blog. And yes, it’s called “donkey” something. But… it’s been ages since I posted anything new there or shared a link on social media. And I have like 37 subscribers, almost all of them friends and acquaintances who I emotionally blackmailed (“threatened” would be a better word) into following me.